My images are stunning printed on aluminum. However, as FAA warns, DO NOT DISPLAY THEM OUTSIDE IN HIGH HUMIDITY OR DIRECT SUNLIGHT!!! 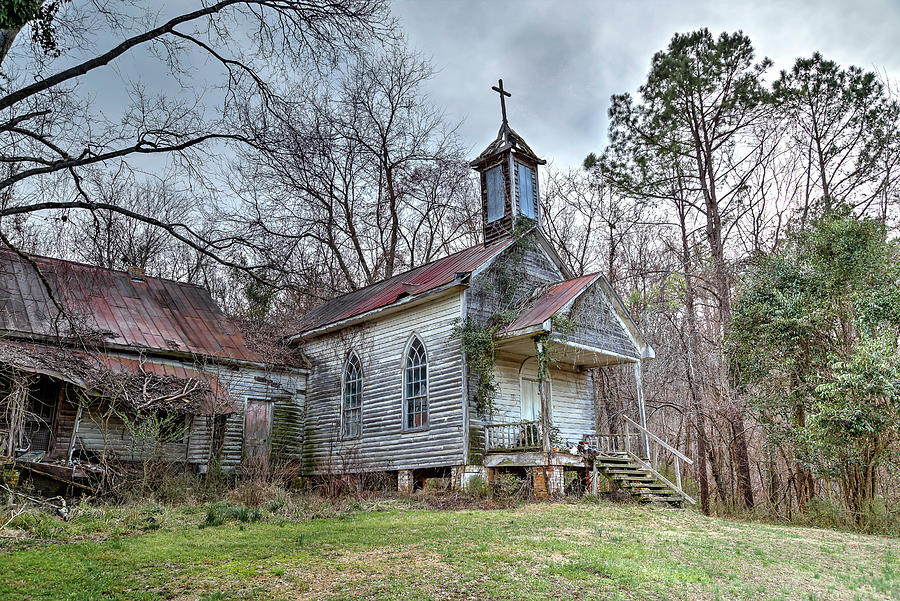 The shell of St. Simon's Episcopal Church, in the rural community of Peak, in Newberry County. The church was organized in 1889, and this building was constructed in 1900. According to local folks, this church was last an active church in the early 1920's. It's located on Nelums Street. Taken 2-23-2014, before the cross fell over. People ask me and I've wondered why this church went "inactive". In 2016 at Soda City, an older black man was gazing at this image. We started talking, I related the history above as I had read it. He said the reason it went "inactive" was because in the 1920's there were no jobs around here and a lot of black people moved north. Don't know that for a fact but it makes sense. In the Fall of 2017 I met the great grand son of a member who helped build this church. Met him at Soda City Market in Columbia, SC, at my photo booth. He told me his great grand dad's nickname was "Ham Bone"...I gave him a print.

Congratulations on your recent sale!

Congratulations on your sale!

Congrats on your sale. Nice image